Is it all sweet FA??

We do have to provide a response to this:

I am not really overly concerned, as difficult as this may sound, on whether John Terry did in fact say what he is allegedly accused of saying to Anton Ferdinand – the courts will decide that. Nor am I too worried about the immature behaviour Luis Suarez displayed on Saturday’s match between Manchester United and Liverpool when he choose wilfully not to shake the hands of Patrice Evra post his 8 match ban due to accusations of racist language – the Liverpool establishment will no doubt deal with that.

What I am really concerned about is the fact that in a sport where there have been, literally, heaps of talented Black British players going well back over 4 decades, and for a sport that has such a prolific fan base from across a very wide demographic range, that the fact that there apparently remains no ‘qualified’ Black managers, at all, in the either the Premiership or the Championship is only symptomatic of the lip service the FA, in my view, appears to be paying to the real issues above.

So what are the real issues? What really lies beneathe the surface? It is not enough to 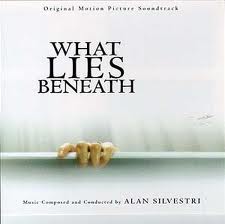 take the Captaincy band off John Terry, when there are no real signs of behavioural and attitudinal change within the FA that demonstrates inclusive practices. I mean, even Alan Hanson, a respected TV football pundit and commentator, and a man I actually respect, used the word ‘coloured’, admittedly a ‘slip of tongue’, when referring to Black players in his attempt to ameliorate the  Terry situation on national TV.  For me, this, and the Terry and Suarez cases both signal deeper underlying cultural issues that need to be ‘dug up’ and resolved. But, we have spoken about this previously, haven’t we?? – see link to related issue with the FA with accompanying statistics.

No one really enjoys talking about these ‘things’, I certainly don’t – particularly when it is with regard what I often term as ‘baseline diversity’ issues such as ‘visible’ representation, but sometimes certain things do need to be said. A famous proverb says, “There is no smoke without fire”. The stats in the link above speak for themselves in what is a very 21st century Sport. Indeed, the idea that a simple handshake post match might be enough to sort out racially provocative behaviour on the pitch, the thoughts of Sepp Blatter, FIFA President, does not help ease our concerns either.

It is not too surprising then that the FA’s typical response has not been to pay due regard to the serious issue of the questionable internal practices within it, which if tackled strategically, will not only assist eradicate incidences such as these, but more importantly, ensure the internalisation of the positive behaviours and attitudes that will strategically promote inter-cultural, ethnic and gender integration and progression at both league and managerial levels – in what is, and has been, a very white and male dominated sport.

We are not advocating for some kind of ‘tokenistic initiative’ to begin balancing the ‘visible’ books as far as demographic representation across the footballing game is concerned. Not at all. What we are requesting is for the FA to modernise itself and put in place practices that have longevity and promote cultural change and real inclusivity across it – both on and off pitch. Anything short of this, is simply sweet FA…

Jude-Martin is Director of Diversity is…a consultancy focused on providing a fresh and innovative approach to diversity through the provision of HR services covering Strategy, Assessment, and Development for ensuring effective people management in the 21st century global business context.

One response to “Is it all sweet FA??”